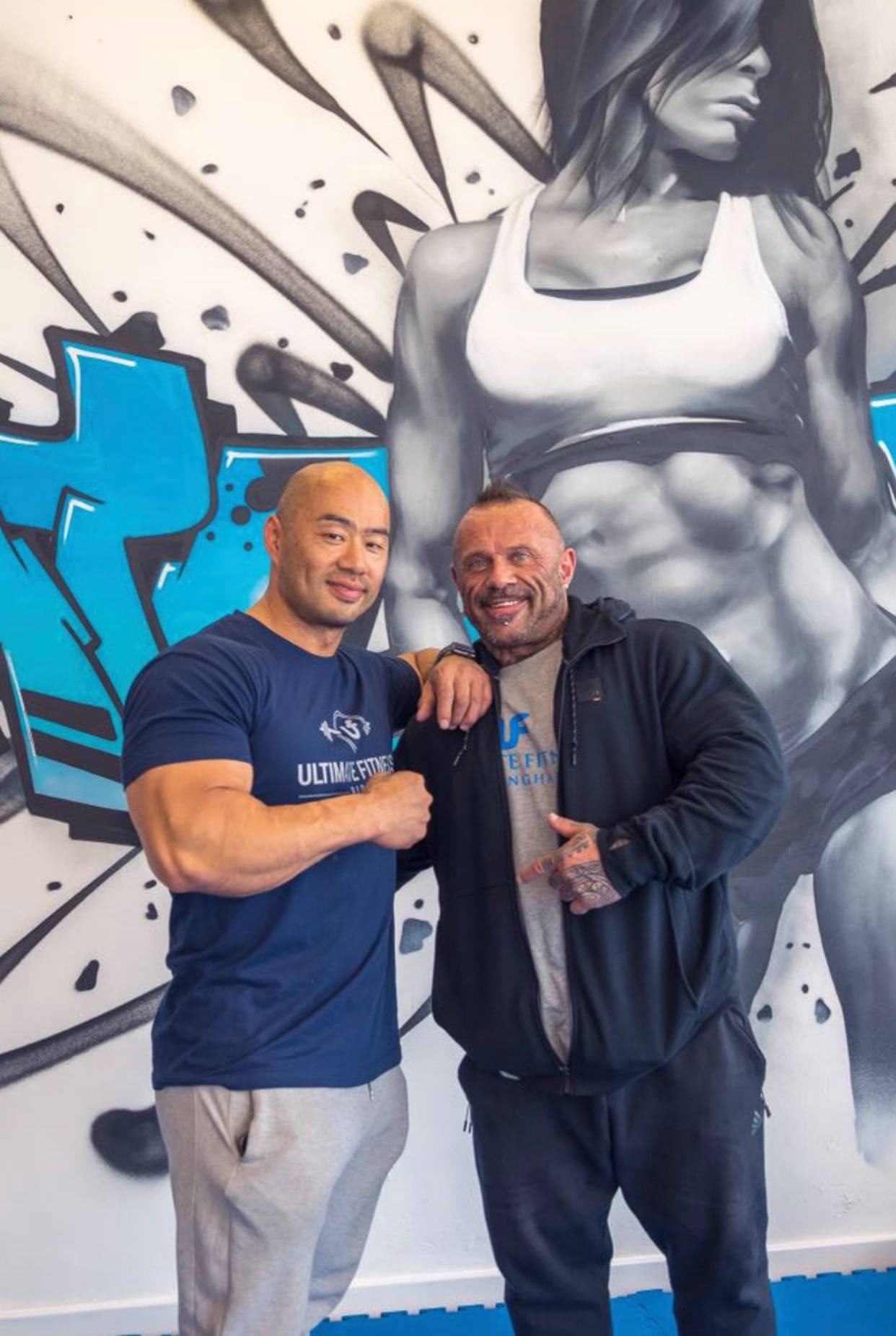 2021 has got off to a bad start with the terrible and tragic news of one of our familiar faces at Ultimate Fitness, Mike Sheridan.

For all of you that did not know Mike, he was an IFBB Pro Bodybuilder who gained his Pro Card status by winning his respective weight class at the EFBB British Championships in 1999.

He then went on to compete in numerous Pro shows worldwide and eventually fulfilling his dream of competing on the Mr Olympia stage in 2005 along with the likes of Ronnie Coleman and Jay Cutler.

Mike was a very private person; he was as old school as they come and liked to hide away in his little cave. He shied away from social media and chose to live inside his own little bubble.

Mike would travel up from Oxford to train with me every week without fail. He was such hard-working training partner, all he wanted to do was train and get the job done. There was no small talk, mobile phones, or any distractions, it was purely business.

Looking back, it is a real shame there were not many pictures or videos captured of Mike training at his peak. However, that was Mike for you, never one for the camera or self-appraisal.

He always trained in oversized American football jerseys or baggy hoody’s so you could never tell what he looked like underneath all that clothing. Rarely he would roll his baggy bottoms up so you could see the size of his monstrous calves!

I looked up to Mike as he was a few years older than me and one of the very few British bodybuilders to reach the level of success that he achieved.

Although Mike had this image of being unapproachable due to his initial first impressions, the sheer muscle mass, skinhead, piercings and tattoos he always found time to talk to everyone and give his worldly wisdom and advice. He didn’t beat around the bush and sugar coat anything which was one of his many qualities.

Mike came to see me last year when I was recovering from my time in the hospital. I could tell by the expression on his face how happy he was to see me fit and back to my normal self. I knew how worried he was about me which showed his softer caring side.

Mike was the epitome of British Bodybuilding, hardcore till the very end, he will be missed by many.