If you called Phil Heath, the most successful bodybuilder of the 2010s it would be hard to argue otherwise. With a record-equalling stretch of seven straight Mr. Olympia titles, a host of other victories and a career that doesn’t look like stopping anytime soon it was a no-brainer that Phil would have to enter our hall of fame. We welcomed this bodybuilding champion into our gym in Birmingham, July 2019. Our members had the chance to meet Phil Heath and he gave a packed out seminar some very valuable tips and information on training the mind as well as the body.  We now included him in our Body Builder Hall of Fame on our website and take a look at where this champion of champions started out, and how he got to be the amazing bodybuilder he is to this day.

Phil Heath and The beginnings of a champ

Phil Heath was born in Washington, Seattle in 1979. He grew up in a busy household where both of his parents worked full-time jobs which meant from the very beginning Phil had to be hard-working and self-motivated. Busy at home learning to cook and look after himself, Phil was also an athletic child and he poured his focussed and healthy lifestyle into his first love: basketball. Despite his busy home-life, Phil excelled on his high school varsity team and his determination to succeed paid off when Phil earned a full athletic scholarship and the top position of point/shooting guard at the University of Denver. At University he combined playing for the Denver Pioneers with studying for a degree in IT and Business Administration.

While training for basketball Phil spent a lot of time in the weights room and found he could relate to the tough work ethic and camaraderie that were shared by the other members of the gym. Impressed by what he saw, Phil began a weightlifting regime to improve his basketball game, focussing on his jumping power and overall presence on the court. Whilst he still loved the game, Phil knew he was ready for his next challenge and the thrill and intensity of competition offered by bodybuilding was too much to resist. Basketball had taught Phil to work hard and stay committed to achieving great things, but with bodybuilding, there was the opportunity to be the greatest, so Phil grabbed his chance with both hands.

Whilst working as a web developer, bouncer and basketball academy trainer Phil spent all of his spare time immersing himself in the world of bodybuilding. Finding his love for the sport only growing, in October 2002 Phil finally decided to officially commit himself to pursuing bodybuilding as his main goal.
In 2003 Phil entered his first competition. Weighing in at 192lbs and classed as a light-heavyweight Phil entered The Rocky Mountain NPC (National Physique Committee) USA Champion Northern and won the overall title. Inspired by this success Phil went straight back into competition, entering a second tournament in the same light-heavyweight category eight weeks later. This time, however, Phil finished up one point behind the eventual winner and had to settle for the runner-up spot. Rather than take the disappointment to heart, Phil realised that to be the best he couldn’t just rely on his inherent genetic ability, he had to train smarter.

Phil starting training at a hardcore gym and quickly started to see the results of his new training regime. By 2005, weighing in at 215lbs Phil was ready to earn his IFBB card and go Pro. Earning the nickname “The Gift” Phil competed at the NPC Colorado State Show were he came out on top, earning the title of Mr. Colorado. He followed this up with another victory, this time at The New York Pro Championship. As a result of these victories Phil was eligible to compete in the 2007 Mr. Olympia competition, although now knowing his body better than ever, Phil knew he had more work to do and decided not to compete.
The world of Mr Olympia

In 2008 Phil won the IFBB Ironman Pro and finished runner-up in the Arnold Classic. Feeling he was now ready to compete Phil entered Mr. Olympia in 2008 and finished a respectable 3rd place. Inspired by his close friend Jay Cutler, Phil continued to train hard and despite a stomach bug finished 5th in 2009, and then 2nd in 2010.

By 2011 Phil was at the top of his profession and entering Mr. Olympia once more he finally got the top spot, earning his first Mr. Olympia title and earning $200,000 in prize money. Now established as a great, Phil went on an incredible run, defending his title on six consecutive occasions, his competition weight now up to 252lbs. This remarkable run of success led to Phil being tied for third place for most all-time Mr. Olympia wins with Arnold Schwarzenegger. Only Lee Haney and Ronnie Coleman have more titles, with eight both to their name.

Whilst competing in Mr. Olympia understandably became the focus of Phil’s competitive performances he still found time to win the Sheru Classic in 2011 and 2012, and the Arnold Classic Europe in 2013. In 2018 Phil competed again despite surgery on a hernia in his abdomen and still managed to finished 2nd place. In 2019, complications from his previous surgery led for more work needing to be done, and Phil was forced to bow out from the competition and not compete.

Though he came 2nd at the 1992 Gold’s Gym Worcester Bodybuilding Championships, Cutler’s first serious win came in 1993 at the Iron Bodies Invitational. For the rest of the 1990s, Cutler continued to train with fanatic determination, until he knew he would finally be ready to compete at the highest echelons of the bodybuilding circuit.

It takes incredible discipline and commitment in order to achieve the body necessary to win at such levels, and Jay really took things to a whole nother level. In contest season, he would frequently workout for more than 4 hours a day. He also undertook an incredibly strict dieting regime that saw him eating up to 12 meals a day, often requiring him to get up in the middle of the night.

The world of Mr Olympia

MidWeek Madness Coming in Hot!!!!!!! Get with me or get ran the Fck over!!!!!! #TeamHeath #MidWeekMarauders #DreamKiller #Mentality

I’m baaaaaaaack!!!! So pumped to be here again in the UK for an incredible tour courtesy of @globalmuscleradio hosts @giles_tiger @aj.kellyrobert and @pumpedmedia. Gonna hit up a ton of locations to engage with fans like never before and I cannot wait!!!! See you soon!!!! #philheath #philheathUKTour2019 #7xMrOlympia

What is Phil Heath up to now?

Phil is still competing at the top of his game, having finished as runner-up in Mr. Olympia 2018.  He continues to train hard saying that whilst he focusses on an obvious weakness each year, his training regime has remained largely the same since his first Mr. Olympia win.

Despite missing 2019’s competition, Phil has made it clear that he has no intention to retire just yet and still has the Mr. Olympia record in his sights, publicly stating his intention to hopefully make the breakthrough one day. He works tirelessly to promote the positive values of the sport, making public appearances and meeting fans across the world. Whilst injured in 2019 Phil embarked on a speaking tour across the United States and the UK and has kept busy releasing his own brand of supplements, Phil Heath Labs.  He is also currently filming a documentary about his time as a bodybuilder, titled Breaking Olympia. 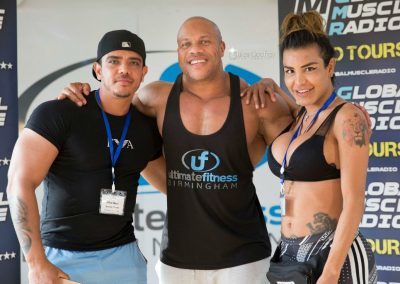 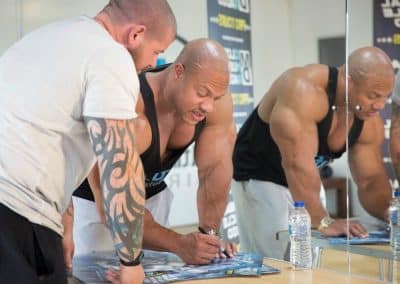 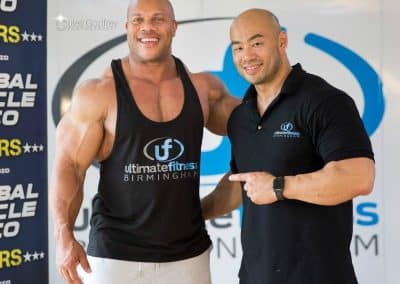 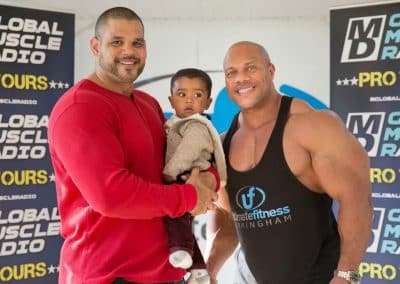