We are incredibly excited to announce that none other than Jay Cutler will be joining us here at Ultimate Fitness Birmingham in September this year. Needing very little in the way of an introduction, Jay Cutler is one of the most recognisable faces in bodybuilding and has long been an inspiration for many of our members.

Some of Jay Cutler’s most impressive achievements

If you wanted to really dig into what Jay Cutler has achieved throughout his bodybuilding career, then we really would be here all day! It’s safe to say he will go down in history as one of the greatest bodybuilders ever. Better yet, he has played a key role in helping to inspire the next generation of bodybuilders and to push the popularity of bodybuilding as a sport. So here are some of the most impressive accolades from his career to date:

Came second in the Mr Olympia contest 4 years in a row, 6 times in total 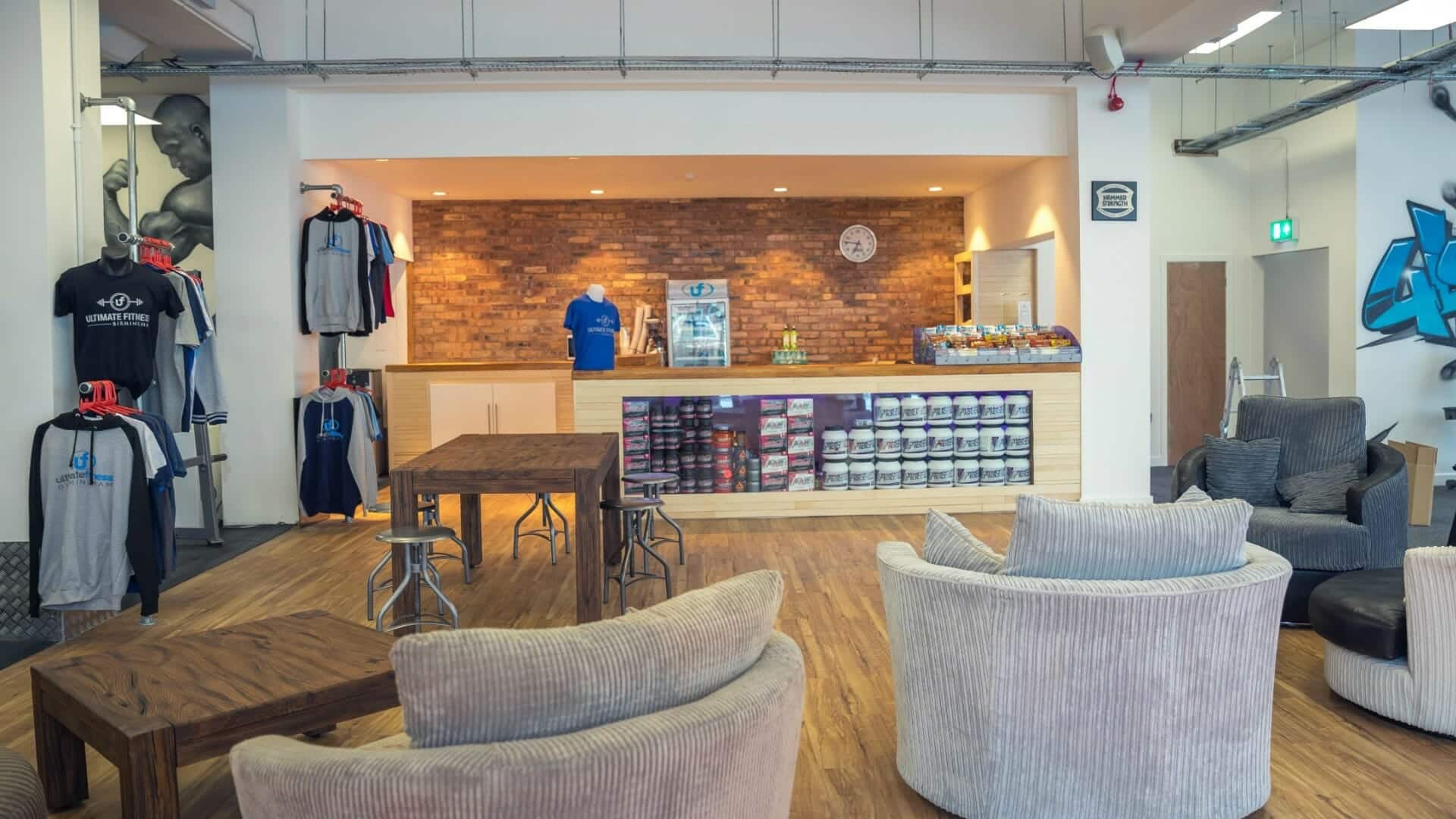 Many argue that Jay Cutler reached the peak of his career in 2006 when he turned 33. Despite this, he continued to compete on the pro stage for another 7 years before finally retiring in 2013 after his final Mr Olympia performance. At that moment, he entered the bodybuilding hall of fame and has continued to be a highly praised and discussed bodybuilding great.

How it all began for Jay Cutler

Weightlifting and bodybuilding has long been a passion for Jay Cutler. In fact, when he was only 11 he began work at his brother’s concrete construction business, where he spent hours lugging around large concrete blocks. When he turned 18 he started training hard at the gym and by 20 he had secured his first bodybuilding title, the Iron Bodies Invitational.

Throughout the rest of the 1990s, he devoted himself to the art of bodybuilding and sculpting his physique. By the turn of the century, he was finally ready to hit the big leagues and become one of the leading names in the sport. For more than a decade he competed at the highest levels. During that time he faced off against arguably the greatest pool of bodybuilding elite ever to grace the stage.

This includes Ronnie Coleman, Phil Heath and Dexter Jackson. Cutler is well known for his insatiable work ethic and drive which has led to him becoming hugely successful in a number of different arenas, aside from professional bodybuilding. Most famously, he has founded and grown a nutritional supplements company and his own clothing brand.

Jay Cutler’s gruelling schedule during competition months involved working out twice a day, 5 days a week. Oftentimes, this would mean spending 4 to 5 hours a day in the gym, pushing his body to the limit. At this time, he would also consume 12 meals each and every day. According to Jay, idols that inspired him on his path to greatness include Ronnie Coleman, Frank Zane, Sergei Olivia and Samir Bannout. 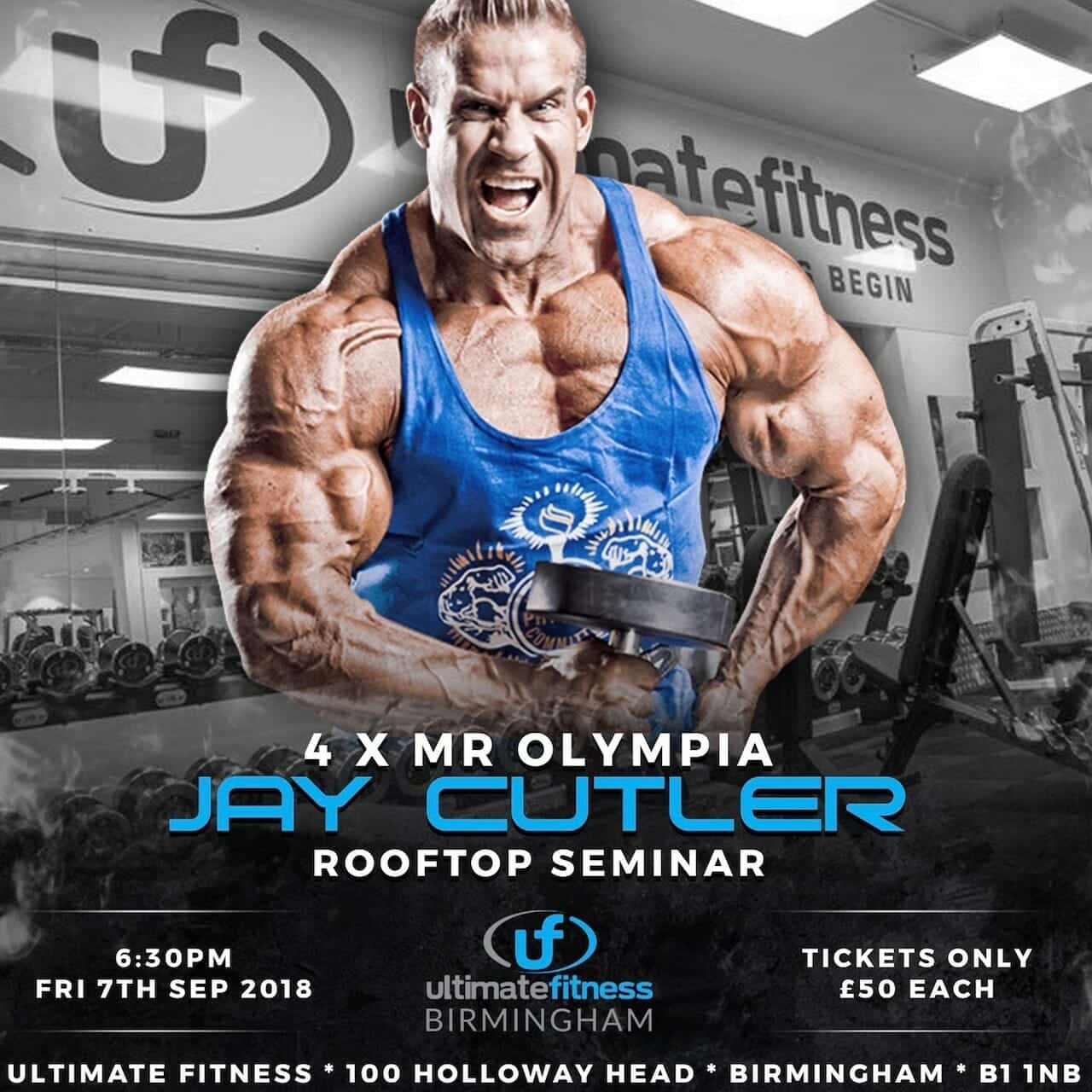 How can you meet the legend?

Jay Cutler will be visiting us here at Ultimate Fitness Birmingham on 7th September 2018. He will be holding a meet and greet session as well as an informative seminar for aspiring athletes. In this, he will discuss topics such as health, nutrition and training. You may also get the chance to ask him some personal questions and get direct feedback on some of your own workouts.

As you can imagine, the session is already garnering an incredible amount of attention, and tickets are officially on sale. To reserve one of the limited spaces available, you can email Simon at simon@ultmatefinessbirmingham.co.uk. Tickets cost £50 and we do expect to sell out very soon. You can pay this securely through Paypal here ULTIMATEFITNESS and please inform Simon by email once done or visit Event Bright to purchase tickets securely.

Back in May, we hosted Flex Wheeler, which turned out to be an incredible experience for everyone lucky enough to attend. It was here that many of our members gained unique insight into what it takes to train and be as successful as a pro bodybuilder. We expect this next meet and greet to be even more popular. So, to make sure you secure a place, you should email in as soon as possible.

We use cookies to ensure that we give you the best experience on our website. If you continue to use this site we will assume that you are happy with it.Ok